Ideas for day trips outside Amsterdam

Posted by Holland Windmills on April 4, 2019 | Featured | No Comments

Amsterdam is by far the largest tourist attraction in the province. But if you like the coast, you don’t have to go far for day trips outside Amsterdam. North-Holland has a lot of beach, sea and water!

Every year, millions of tourists stay in the city, most of whom come from abroad. Tourists mainly come to the typical Amsterdam atmosphere, the monuments and the museums.

Moreover, ‘typical Dutch’ destinations such as the Zaanse Schans, Volendam and Marken are popular with foreign tourists for day trips outside Amsterdam.

But where do Dutch holidaymakers go? Well, we love the seaside!

The coastline of North-Holland is more than 70 km long and attracts numerous beach lovers on sunny days. The forests behind them are especially popular with walkers and cyclists.

In North-Holland there’s also a lot of lakes. Highlights for nature lovers are the wet nature areas in the heart of the province and the national parks near Haarlem and on Texel. This Wadden island has a typical island atmosphere and is very popular with people from Amsterdam.

The interplay of water, wind and people has created a very varied landscape.

In the northern part of the province the high dunes and the (former) islands of Wieringen and Texel were first inhabited.

These islands consisted of boulder clay, a tough soil that remained after the ice ages. The landscape here is ancient, with small, irregularly shaped fields.

In places where this clay is mixed with sand, flower bulbs do very well. The top part of North-Holland has huge tulip fields in spring time.

Urbanization has slowly taken over the pastures in North-Holland. Buildings are advancing. But there is still plenty of nature left.

Despite the urban development around Amsterdam, Schiphol and Haarlem, North Holland makes a green impression. Along the North Sea coast, the sea-protecting dunes have never been built on and nature was given every opportunity. The dune strips at Haarlem and on Texel have even achieved the status of National Park.

The dunes always protected the hinterland against the sea. That’s why they have never been build on. They are important nature areas that are largely accessible to holidaymakers.

Also the water you drink from your tap in Amsterdam, comes from the dunes. Drinking water is extracted in the Amsterdam Waterleidingduinen and the Noordhollands Duinreservaat. Pre-purified river water is introduced into the dunes, after which it sinks and the dune sand provides natural filtration.

Deer in the dunes

Walking through the Amsterdam Waterleidingduinen there is a good chance that you will encounter fallow deer or roe deer. A fallow deer is somewhat larger than a deer and the male wears a hoe with the space between the branches closed.

In the past, exotic plants were planted on estates such as Elswout. Some of these plants  later became wild and they usually flower in the spring.

The blue sea thistle is a protected plant that mainly occurs in lime-rich dune sand, usually close to the sea. The blue-green wax layer protects the plant against drying out.

The coastline of Noord-Holland is defended by an almost continuous row of dunes. Only between Petten and Camperduin does a high dike take over. On the inner edge of the dunes there are sometimes large pieces of forest, such as at Schoorl, Castricum and Haarlem. This vegetation becomes lower as the sea gets closer: trees give way to shrubs, grass and finally drifting sand.

The coastal strip is ideal for all kinds of recreation and day trips outside Amsterdam. The forest is a favorite with cyclists and walkers. The beach attracts many visitors, especially on summer days, but outside it remains a wonderful place to get a breath of fresh air.

Sand that has been brought in by the sea is blown into dunes by the prevailing southwest winds. Marram grass is one of the first plants to get hold of loose sand.

At the beginning of the last century, coniferous forests were planted to record the drifting sand. These forests are now being transformed into a mixed forest with more room for deciduous trees.

In the wide dune strip between Bergen and Schoorl a hole has been made in the front row of dunes. How nature benefited from this, can be seen from a vantage point.

The flood line has shifted several times over the centuries. There are markings along the coast indicating how the coast has shifted since the 1700’s, sometimes considerably.

During the summer season, beach pavilions appear everywhere along the coast. Those from Bloemendaal aan Zee are especially popular with younger beachgoers. 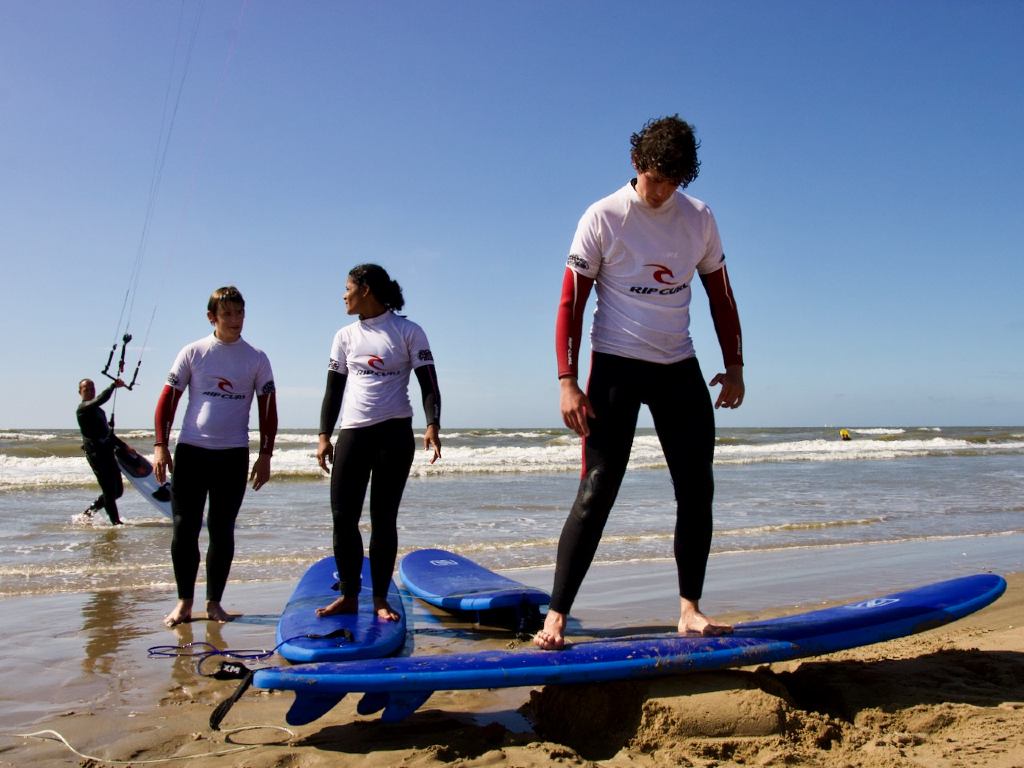 North Holland has six lighthouses along the coastline, including the Groote Kaap near Julianadorp. Each tower has its own light pattern, so that it is recognizable for ships.

The Blue flag is an international environmental award that is awarded annually to beaches and marinas that have been shown to be clean and safe. If the Blue Flag is flying on a beach, you can be sure that the bathing water quality, sanitary facilities, facilities for the disabled and the quality of the beach are good.