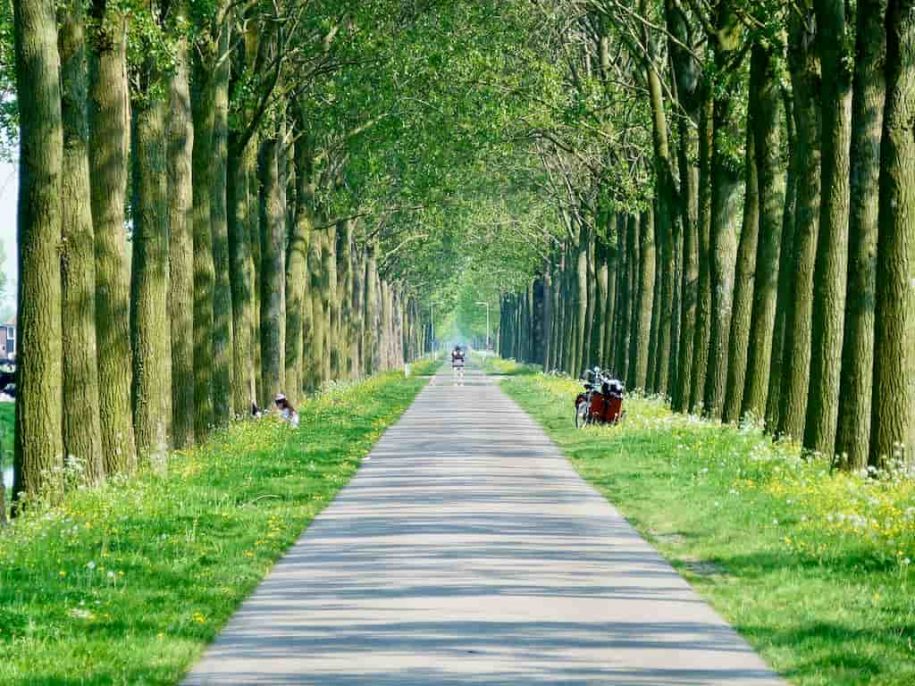 Posted by Holland Windmills on December 10, 2019 | Featured | No Comments

Holland is below sea level. In Holland reclaimed land makes up for more than a third of the land.

So how does that work?

Well, a long time ago Holland consisted largely of peat bog. Then the Dutch started digging this peat up bit by bit, for fuel and salt.

The mining was done in long strips, creating narrow meadows with ditches between them.

The Dutch dug up so much peat that it left the land very vulnerable. Where the weak peaty soil was swept away, large inland lakes would form.

In the Middle Ages, the water invaded the country on all sides.

These large inland lakes were a major danger. Especially during storms the waves would destroy the soft banks, making the lakes bigger and bigger.

In Holland we call this the ‘Waterwolf’.

Around 1300, present-day Holland nearly drowned. At that time, Holland for a large part consisted of water.

It was only after the invention of a special type of water mill that people were able to pump the water out. Holland reclaimed land very quickly after that.

The reclamation of a lake began with the construction of a ring dike and a ring canal outside it. Mills milled the water from the lake into the ring canal.

At deep lakes, the mills were placed in stacks, with each mill bringing the water a little higher.

At Schermerhorn for example a series of mills pumped the water from the deep lake. One of the mills is set up as a museum mill.

By the end of the 17th century, most lakes in Holland were drained. Thanks to the water windmill.

In Holland reclaimed land can be recognized by the block-shaped subdivision. On the drawing table, the new land was divided into rectangular plots. The straight roads are now marked by endless rows of trees.

Later, in the 19th century, steam engines were invented. With big steam pumping stations Holland could tackle big lakes, like the Haarlemmermeer.

In 1839, Holland took up the task of reclaiming this huge body of water.

They started digging a 60-km long ring canal around the Haarlemmermeer.

In 1845 this work was finished and the water from the lake was pumped into this ring canal.

The enormous Haarlemmer lake was drained in 1849-1852 by four steam pumping stations, like the De Lynden pumping station. The neo-gothic building is now a national monument.

After all the inland lakes were drained, the Dutch started looking at the sea for Holland reclaimed land.

The best examples of this are the Wieringerwaard and the Wieringermeerpolder. These areas made the top of North-Holland a lot bigger.

During the land reclamation of the Wieringermeerpolder (1930) machines were available to cultivate the new land.

The sea has never been defeated. On the island of Texel there’s a memorial dedicated to the victims of the flooding in 1953.

Without mills and pumping stations, a large part of North-Holland would be flooded. Only Texel, the row of dunes and the Gooi lie above sea level.

So everywhere you go outside Amsterdam, there’s lots of examples how Holland reclaimed land throughout its history.