How to visit the windmills in Holland 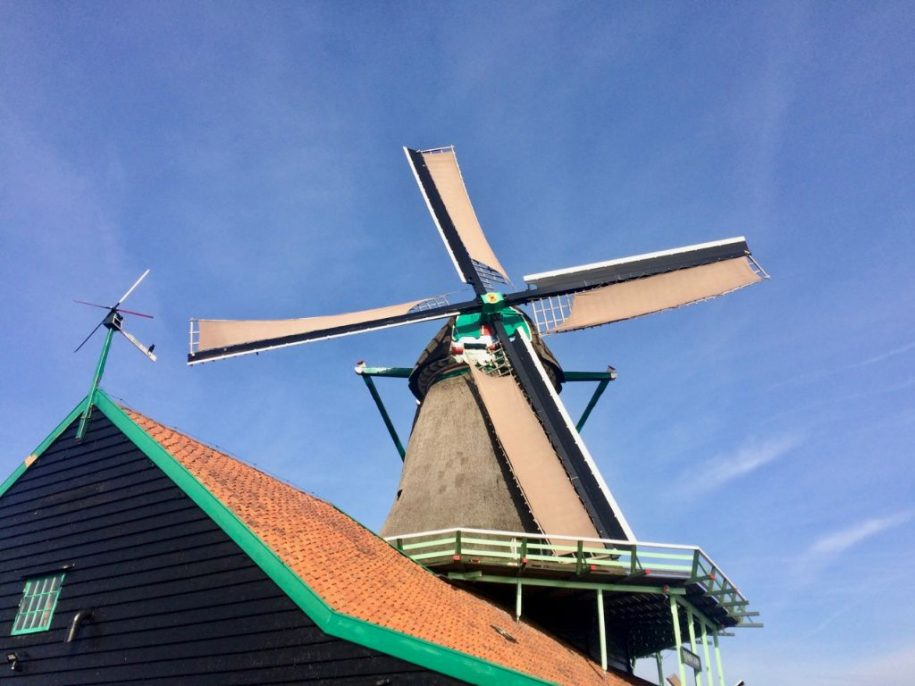 Holland Windmills gives the best tips on how to visit the windmills in Holland.

Your best time to visit Windmills in Holland is the second weekend of May during the National Windmill Days. The mills are then open for the public and have free entrance.

How many windmills are there in Holland?

Nowadays, there are about 1000 windmills left. In the provinces of North and South Holland, there are more than 300 windmills! They are protected monuments.

Hundreds of volunteers all around Holland make sure they keep spinning. A windmill is a living machine and needs to be active, or else it just fades away…

A little bit of history before you visit windmills in Holland

The first time old manuscripts mentioned a Dutch windmill, was in the 13th century.

Windmills were treasured in Holland in the Middle Ages. There’s always wind in Holland and in the flat landscape it’s easy to catch.

Dutch windmills are always made out of wood. Stone is too heavy for the soft Dutch soil. A stone windmill will literally sink in the ground.

There are basically two types of windmills:

Windmills provided the population with food and all sorts of products. They form a true industrial machine park.

The mill is not originally a Dutch invention. In our country, however, the windmill has been used in many variants and functions and on an unprecedented scale.

Windmills were used for everything in Holland. During your visit windmills in Holland you will see lots of small windmills all over the landscape. They are used for pumping water and are fully automatic. They turn themselves into the wind.

Most windmills show the year when they were erected. Sometimes a second year shows when it was restored.

The sails of a Dutch windmill rotate counter clockwise. Why? Nobody’s sure!

The most famous windmills in Holland are in the Zaanse Schans. Most of these windmill are so called cap winder windmills. They are the largest type of windmill and they are used for industrial purposes.

The Zaanse Schans was the biggest industrial area in the 17th century. The big cap winder mills were the factories of their day. At the end of the century this area had 900 windmills.

The Zaanse Schans had many ‘peeling mills’, for shelling barley and rice.

Another big industry was paper. Holland was the first country in Europe with freedom of religion and thought. Amsterdam was a true magnet for oppressed people from all over Europe. A lot of French papermakers made their way to the Zaan region.

Other mills were producing:

Many windmills in the Zaan region were built between houses and on the defensive walls of the town. There’s not a lot of space in Holland! To catch the wind, these build had to be higher than the roofs. These are called rack mills.

To make a windmill spin, the sails must be turned into the wind. The miller uses a wheel for this. The wheel connects to the cap of the mill, that can rotate 360 degrees.

Windmills always have small telltales to monitor the wind, such as vanes, holes and slots that whistle if the mill is not positioned properly.

Book your tour to visit the windmills in Holland