Visit the windmills near Amsterdam 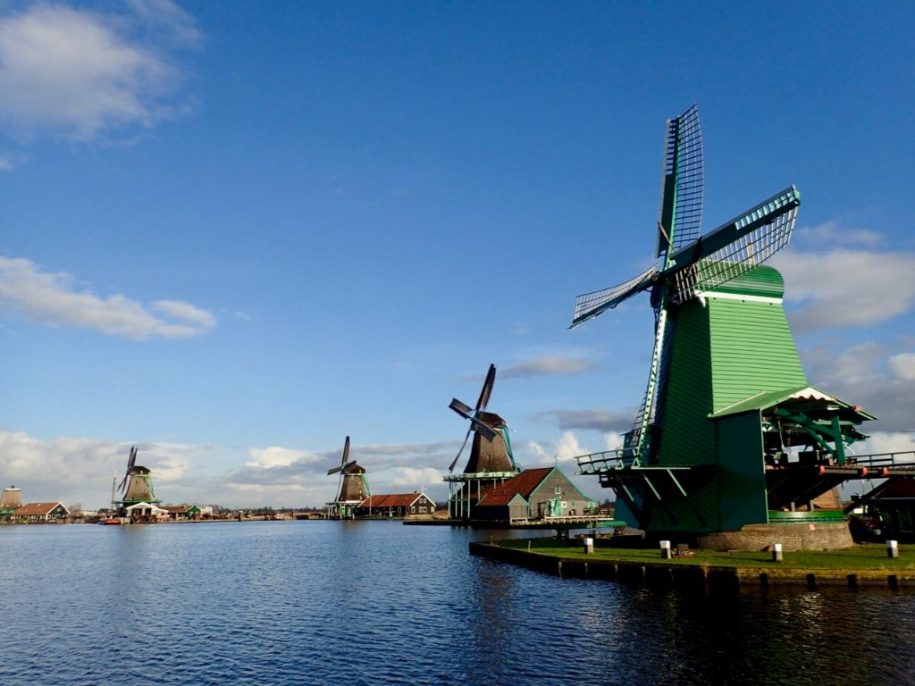 Posted by Holland Windmills on March 14, 2019 | Featured | No Comments

Most of the windmills near Amsterdam were sawmills. Learn a little bit more about the history of these world famous windmills during a visit.

Take a tour to the windmills near Amsterdam.

Holland Windmills provides a carefree package for your holiday in Holland and Amsterdam: an easy pickup point, smooth transport to the windmills near Amsterdam.

Come and see the windmills near Amsterdam

A bit of history on the windmills near Amsterdam 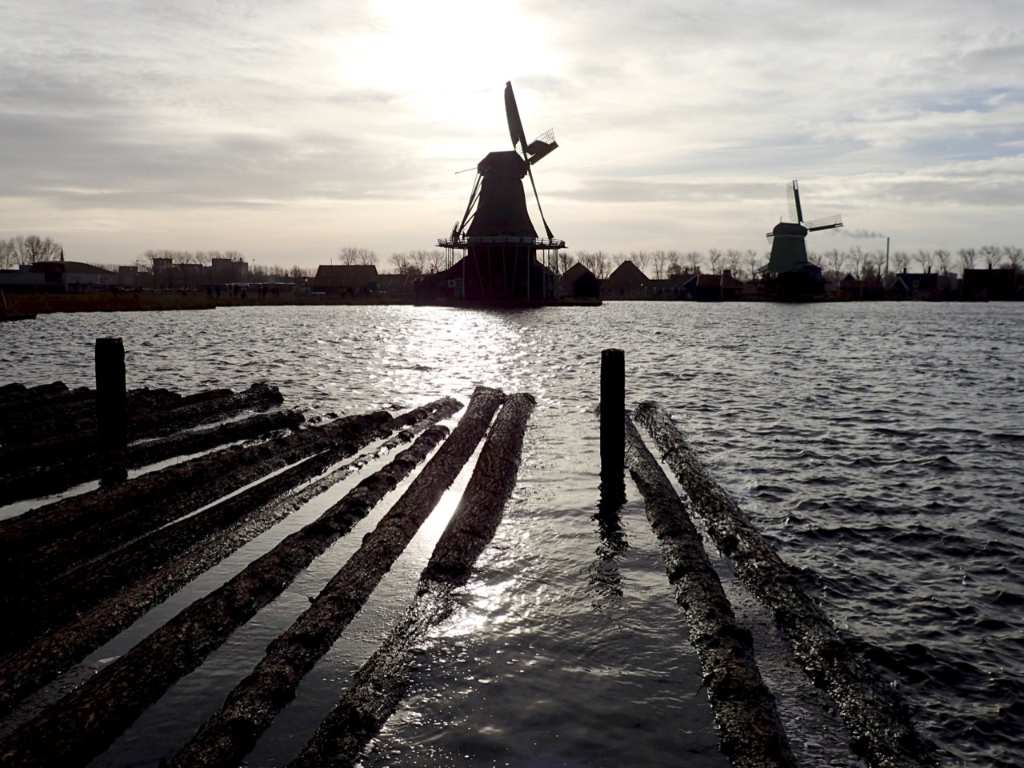 In the Zaan area, more than half of the windmills were used for cutting wood. The saw mill was invented in this area, when a miller came up with the brilliant idea of building a crankshaft into a mill. The rotating movement of the sails were converted into an up-and-down movement.

Each mill had huge saw frames with multiple saw blades and could cut 80 logs a day. On a good windy day, that is, because if there’s no wind, nothing worked. Or, like the old millers used to say: ‘if you want to fart, first you need wind.’

With this industrial production of wood, Holland could build a lot of ships for its navy and merchant fleet, and conquer the world. The Dutch saw mill lay the foundation for our Golden Century.

In Amsterdam, the powerful guild of woodcutters managed to prohibit the introduction of sawmills. But they had no authority in the Zaan area, and soon this region had hundreds of sawmills.

The wood originally came from Scandinavia and Germany and was transported over water to the mills. This is why sawmills are always next to a river. During this wet transport the lye was washed out of the tree, which dramatically improved the quality of the wood. Then in the Zaanse Schans the logs were selected, cleaned and winched onto the saw floor.

See the sawmills in action during a tour

The 2 best windmills near Amsterdam

The log was then put onto a sledge and pulled into the saw frame. There a two sawmills left in the Zaanse Schans and they are probably the best mills to visit when in Holland: 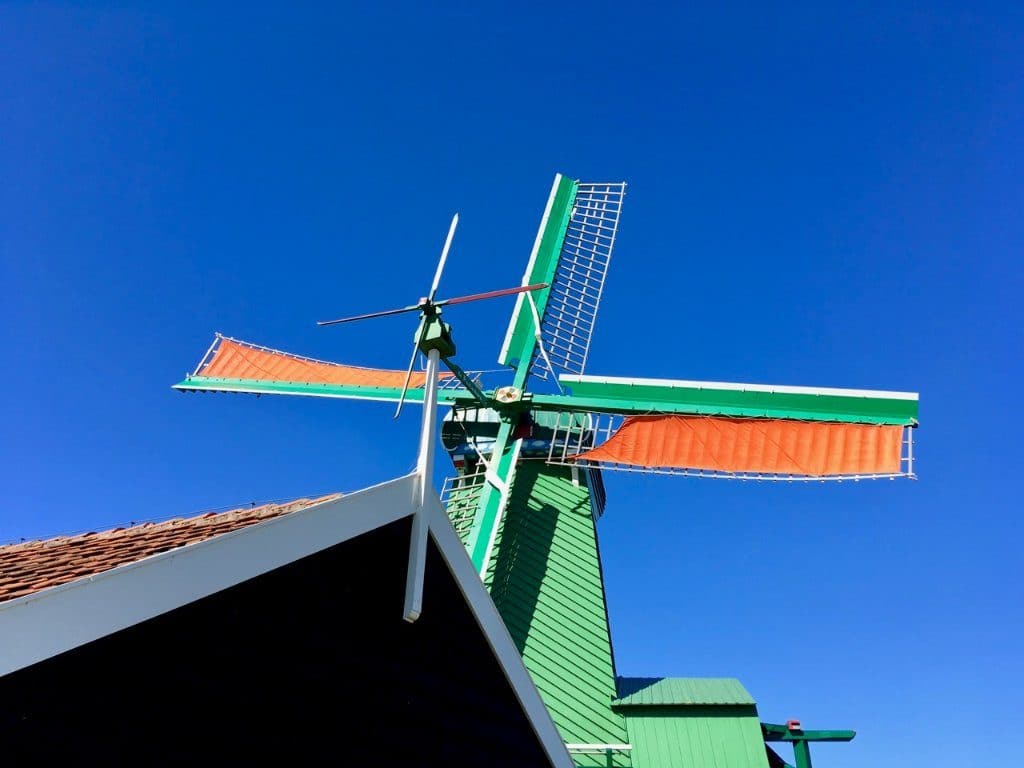 De Gekroonde Poelenburg was founded in 1730. In 1963, the heavily decayed mill was transferred to the Zaanse Schans, where it was rebuilt in full glory.

De Gekroonde Poelenburg was thoroughly restored in 2011 in its original appearance, with stepped planks and beautiful green paint. This mill has a very characteristic silhouette reminiscent of the wide coats that women wore in the 16th and 17th centuries. That’s why people named these windmills coat mills.

A coat mill is turned in its entirety on a stone base. This base also provides stability. On the saw floor there is a crane with which the beams and stems are lifted from the water in the mill. 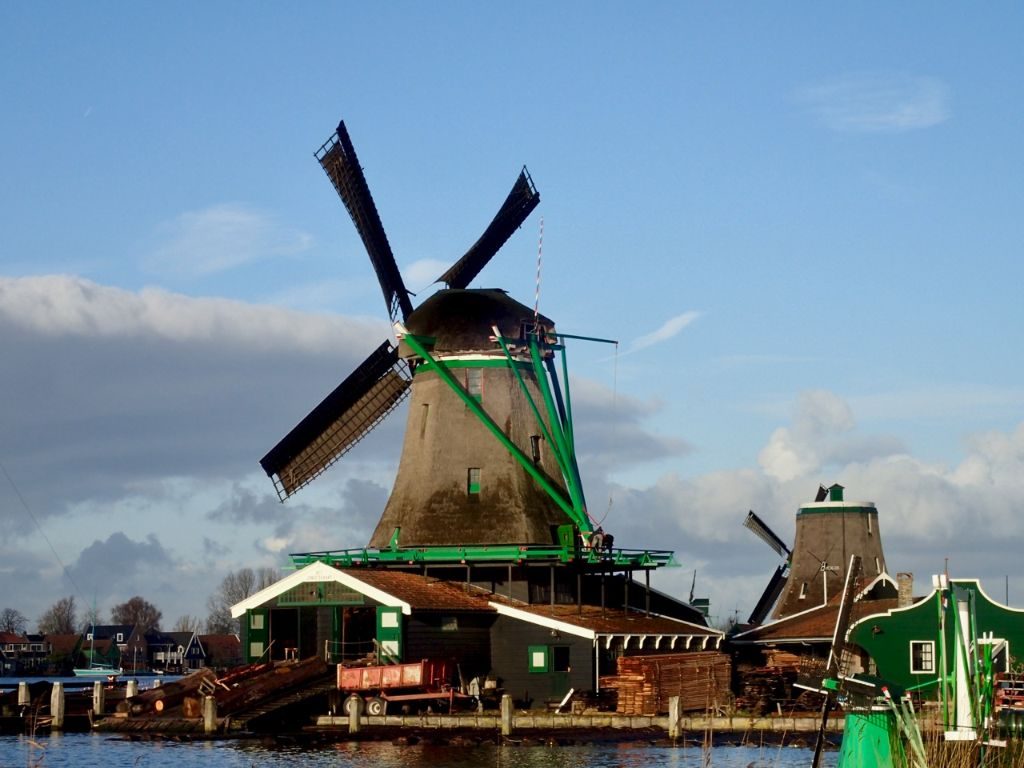 Het Jonge Schaap (the young sheep)  is a copy of a saw mill that once stood here. The original was demolished in 1941. Luckily an architect, Anton Sipman, precisely measured and drawed the mill, before it was torn down. Quite a feat in the middle of the war.

The reconstruction began in 2005 with with reclaiming a plot of land from the river Zaan. It was the first time in more than 140 years that a brand new industrial windmill was built here.

Both saw mills are next to the water, because wood used to be supplied floating.

Warning: these mills are operated by volunteers, and they are probably the most fanatical in Holland. They are totally in love with their mill. So be prepared: if you ask them a question: they will go on forever!

Book a tour to see the windmills near Amsterdam

Experience the windmills near Amsterdam

Holland Windmills provides a carefree package for your holiday in Holland and Amsterdam: an easy pickup point, smooth transport from Amsterdam. See the best wonderfil windmills near Amsterdam and book your tour now.